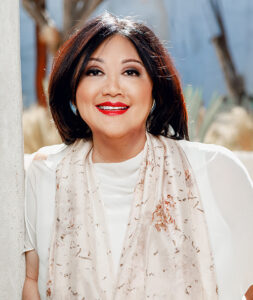 Deborah Chang is a trial lawyer, and is also a partner and founder of Athea Trial Lawyers LLP.  She focuses her practice representing plaintiffs in complex catastrophic injury/wrongful death cases and has achieved some of the highest verdicts and settlements in the country.  She is the 2022 President of the Los Angeles chapter of the American Board of Trial Advocates (ABOTA) and the 2021 President of the Consumer Attorneys of California (CAOC).

Deborah has been an integral part of the teams in significant and important trials, including the Michael Jackson wrongful death case, the first ASR model hip implant trial tried in the country, and a $160,500,000 verdict that led to significant changes in industries using security guards.

Many of her cases of first impression led to significant changes in industry standards and practices that improved safety for the public, including the following:

Deborah previously worked with Brian Panish at Panish Shea & Boyle LLP, in Los Angeles for over decade.  Prior to that, Deborah represented both plaintiffs and de­fendants throughout the country in products liability, commercial litigation, professional liability securities fraud, and complex torts cases. She previously served as local, regional, and national counsel for a variety of companies, insurers, and manufacturers, including AIG Excess and Ford Motor Company. Understanding how defendants and insurers analyze and prepare cases has been invaluable to Deborah, and has been an important reason why she has achieved record settlements and verdicts.

As part of her trial practice, Deborah has been extensively involved in jury research and focus groups. In 2000, she helped conceptualize and launch one of the first companies to provide online focus groups from a unique database of nearly 3.5 million Internet users. The service was used by trial attorneys and insurers in prominent cases pending throughout the country, and was recognized by The National Law Journal as a helpful tool for assessing the strength and value of cases. For over a year, she served as its CEO and General Counsel.